The greatest rap songs of all time make you smile, laugh, cry, think, or just shake what your mama gave you. The 100 Greatest Hip Hop Songs series will run each night this week and, somehow, does not feature Asher Roth at #1. That, and a torrent compiling all of these MP3s. “Love Rap” 64 The.

Picking the 50 best summer rap songs from the 2000s is no cool water, but neither is summer. One of the things that makes the period between Memorial Day and Labor Day so exciting is the particular summer music that tags along. Whether you're stuck in traffic, entertaining friends with your grill skills, or taking a dip at a pool party, you'll find a fun soundtrack in one of these summer rap songs:

'Big Pimpin,' Jay-Z Featuring UGK
Remember the good ol' days when Timbaland was cranking out club knockers every other Tuesday? Jiggaman and UGK teamed up to give us this sure shot in the summer of 2000.

'Shake It Fast,' Mystikal
A formula for success in the 2000s is the Neptunes on the beat and Pharrell on the chorus. It worked here for Mystikal. 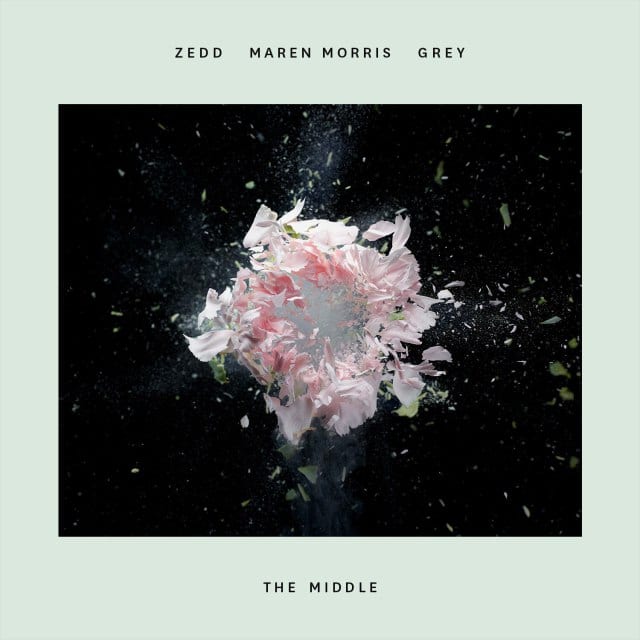 'Country Grammar,' Nelly
Nelly came out of the door blasting with his first single becoming a global smash. The album that shares this song's title basically launched Nelly's career into the stratosphere.

'Bad Boyz,' Shyne
You couldn't go anywhere in 2000 without hearing Barrington Levy's voice booming from the speakers, accompanied by Shyne's gritty flow. Shyne was practically on top of the world until a gun charge sent him to jail and deflated his career.​

'The Light,' Common
Inspired by Common's ex, Erykah Badu, and produced by the late, great J Dilla, 'The Light' warmed up many nights throughout the 2000s. It was musical irrigation for our souls the first time it washed over the summer airwaves.

'Music,' Erick Sermon Featuring Marvin Gaye
'To relax my mind so I can be free' are the first words of Erick Sermon's 'Music.' Isn't that what comes to mind when we hear the words 'summer' and 'music'? Marvin puts on a great performance from the other side.

'Rollout (My Business),' Ludacris
'Rollout' wasn't the smash from Luda's 'Word of Mouf' LP. That was the insanely misogynistic 'Area Codes,' which reached No. 22 on the Hot 100. But 'Rollout' was the first single to showcase his witty flow. Timbaland's signature bass line didn't hurt.

'Can't Deny It,' Fabolous Featuring Nate Dogg
Before Akon stole his spot, Nate Dogg used to be the go-to guy for hooks. His contribution on Fab's single helped make it a catchy tune in 2001.

'Izzo (H.O.V.A.),' Jay-Z
In the midst of his battle with Nas, Jay-Z needed a magical moment. Kanye delivered it to him on this Jackson 5-sampling anthem from 'The Blueprint.' 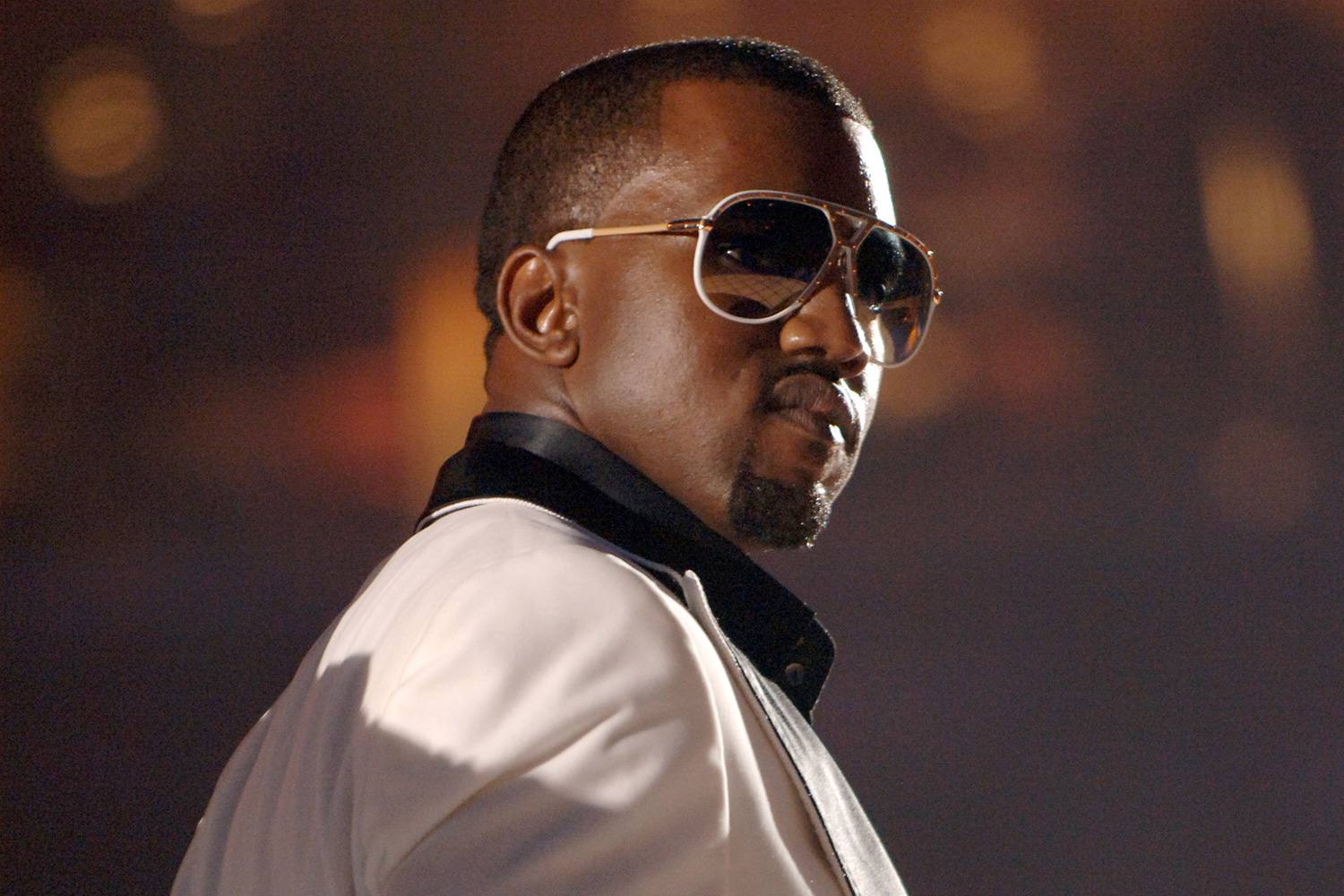 'Ugly,' Bubba Sparxxx
Bubba's sincere rhymes about being poor white folk in the South made this a standout in 2001. The video with pig-chasing scenes? Priceless.

'Pass the Courvoisier II,' Busta Rhymes
When Busta commands you to 'pass the Courvoisier,' he ain't talking about summer beach reading—unless, of course, the 'book' is 'Genesis,' the energetic album that produced Busta's party jam.

'Good Times,' Styles P
If your summer pastime consists of sitting alone in your four corners fogging up the air, then this is your soundtrack of choice.

'Oh Boy,' Cam'ron
It was one of the cheesiest songs of the year, but that Rose Royce sample and that Just Blaze beat made 'Oh Boy' a staple at every outdoor party.

'Hot in Herre,' Nelly
'Hot in Herre' was designed as a summer hit all along, but Nelly got more than he bargained for as it became his first chart-topping single and inspired a remix craze that went on for years.

'Grindin',' Clipse
Summer days heated up every time those sinister drums came over the airwaves. With its bare-bones Neptunes beat, hand claps, cellos, and Clipse's menacing vocals, a summer hit was born.

'Get Low,' Lil Jon & The East Side Boyz
The sinfully infectious bass line alone was enough to fill a sweltering dance floor in 100-degree weather.

'Pump It Up,' Joe Budden
The infectious Just Blaze beat meets Joey's airtight flow. 'Pump It Up' has been known to fill many a sweltering dance floor.

'In da Club,' 50 Cent
50 struck gold with this Dr. Dre concoction from his debut album, 'Get Rich or Die Tryin'.' 'In da Club' sat atop every chart in every country and scored a few Grammy nods for Fif, not to mention that everyone was chanting 'Go shawty, it's your birthday' regardless of what day or month it was.

'Slow Jamz,' Twista
Even a heat wave seems less cruel thanks to the cruising-the-street soul vibe of 'Slow Jamz.'

'Let's Go,' Trick Daddy
With Trick Daddy, Twista, Lil Jon, and an arena-ready beat powered by a synthesizer shower, you can't keep your hands down.

'Drop It Like It's Hot,' Snoop Dogg
Snoop dropped this one in the hovering humidity of '04 and watched it sit on No.1 for three weeks. His first No.1 song ever is also one of his hottest. Maybe it's the drums.

'Lean Back,' Terror Squad Featuring Fat Joe & Remy Ma
This bouncy trifle went down easy no matter what kind of dance you were doing in the club.

'Lighters Up,' Lil' Kim
Do you care that she doesn't make knockers like this anymore? In these four celebratory minutes, Queen B makes us boogie with BK.

'Go Crazy,' Young Jeezy
Jeezy salutes d-boys everywhere. Equally amazing is the remix, which finds Jay-Z bouncing on the beat like it came with leather seats.

'Lose Control,' Missy Elliott
Missy had the kids writhing around wildly in her typical high-energy fashion.

'Sittin' Sidewayz,' Paul Wall
Paul Wall tips his hat to the city of Houston in a remarkable summer anthem.

'I'm a Hustla,' Cassidy
This one hustled its way to regular rotation and became a mainstay for the better part of 2005. Bonus points for the most effective use of Jay-Z's voice in a sample ever.

'Bumpin' My Music,' Ray Cash Featuring Scarface
Ray Cash is your typical one-hit wonder, but his single 'Bumping My Music' was a ubiquitous summer smash in 2006. It's perfect for a Saturday afternoon cruise down the block.

'Touch It,' Busta Rhymes
It would have been fun to be a fly on the wall when Scott Storch first heard Daft Punk's 'Technologic.' He must have brimmed with excitement as he envisioned Bust attacking the beat with ferocity.

'Throw Some D's,' Rich Boy
Rich Boy made a splash in 2006 with his ubiquitous hit single, 'Throw Some D's,' which spawned a kabillion remixes, including the one that ultimately set off Kanye West's campaign for 'Graduation.'

'Kick, Push,' Lupe Fiasco
Lupe’s skateboard anthem made the world take notice of the Chi-Town emcee's push for the return of the art of storytelling sorely needed in this decade.

'Ridin',' Chamillionaire Featuring Krayzie Bone
Cham's high-octane approach is rivaled here only by the fast-tongued Krayzie Bone. It's arguably the biggest hit to ever come out of Texas. This one was so hot it inspired Weird Al's 'White & Nerdy' remix.

'All I Know,' Jazzy Jeff Featuring C.L. Smooth
The Jazzmeister cooks up a soulful concoction, while the Smoothsmith lays his rhymes in the cut.

'Good Life,' Kanye West
While this might have looked like a doomed collaboration on paper, it turned out to be one of the most enjoyable songs of summer 2007.

'I Get Money,' 50 Cent
50 Cent brags about being stanky rich on this sky-scrapingly great banger.

'Driving Down the Freeway,' Young Buck & The Outlawz
Aided by Hi-Tek's ominously slamming beat and Dion's inspiring chorus, Young Buck and The Outlawz invented a new genre: hardcorerapsoulnica. Check Buck Marley's comical rhymes: 'See when the sunshine come out, the Lamborghini somehow had the haters mad, looking at me with they tongue out.'

'Int'l Players Anthem,' UGK Featuring OutKast
Two revered groups joined forces and yielded a pulverizing hip-hop moment. From the goofy concept to the way the beat is tailor-made to suit each artist, 'Int'l Players Anthem' is flawless. It doesn't matter if you're a backpacker, a purist, or a Southern rap aficionado, this is one summer anthem you aren't likely to forget.

'Rising Up,' The Roots
From the go-go drums to Chrisette Michelle's soulful chorus and Wale's flawless verse, this is what a glorious mid-tempo throb sounds like.

'Move'/'Renaissance Rap,' Q-Tip
This twofer reminds us of the many reasons why Q-Tip is such a special artist. It's lively enough for the club and energetic enough for the gym. With a flip of the beat, a bubbly rap song descends into a somber subway jam, as Tip recalls his days as a young emcee.

'Everyone Nose,' N.E.R.D.
This hilarious paean to booger sugar had all the girls—and some guys—fiending for more N.E.R.D goodness.

'Swagga Like Us,' T.I.
T.I.'s star-stuffed single instantly became an inescapable radio hit, club banger, and summer staple in 2008. To crown it all, a heavily pregnant M.I.A. joined the boys onstage for a Grammy performance ... on her due date. Top that swagga!

'A Milli,' Lil Wayne
Weezy goes on a free-verse rampage, rambling about everything under the sun. You have no idea what he's saying, but you simply can't turn it off because his flow is so damn infectious.

'On to the Next One,' Jay-Z
Jay-Z, who's responsible for popularizing so many catchphrases, adds 'on to the next one' to hip-hop lingo with this sweltering smash.

'Smile,' The Alchemist Featuring Twista & Maxwell
The Alchemist brings the poignant production, Twista offers a fiery delivery, while Maxwell rounds out the edges with his soulful crooning. The song urges optimism in the face of adversity. You can't help but love it.

'9X Outta 10,' Kurupt/DJ Quik
This steely single from Kurupt and Quik's collaborative album, 'BlaQKout' features Kurupt at his grittiest in years. It's the 2009 version of Clipse's 'Grindin'.'

'I Wanna Rock,' Snoop Dogg
Electrifying riffs and a catchy hook make this a car-ride classic.

'Forever,' Drake
'Forever' isn't just a summer jam; it's a hip-hop collaboration of mammoth proportions, an amalgamation of heavyweights. Eminem wrecked this song with lines like: 'There they go, packin' stadiums as Shady spits his flow. Nuts they go, macadamia they go so ballistic whoa' and 'When I slap the taste out your mouth with the bass so loud that it shakes the place.'