On their 2012 debut Boys & Girls, Alabama Shakes never hid that they were creatures of the New South -- a band with old-fashioned blues, soul, gospel, and country in their blood but raised on modern rock. On their 2015 follow-up, Sound & Color, they free themselves from the vestiges of the past, let loose, and push themselves further in either direction. This could've resulted in a disjointed record pulling itself in two opposing directions, but the mess of Sound & Color is invigorating, likely because the album uses its title as a creed. Where Boys & Girls sometimes seemed a shade austere -- the band took pains to color within the lines, almost as if to convey their good taste -- Sound & Color bursts with oversaturated hues so vivid they seem almost tangible. Such deep digressions into shade and light accentuate both the group's roots and modernity, but the very fact that they chase after such bold, elastic sounds signals they're hardly a throwback. Plus, the group's attack is muscular here: there's a strong, boundless funk to 'Don't Wanna Fight,' but there's a similar power behind the slow-churning soul ballad 'Gimme All Your Love.' Often, Sound & Color takes flight when Alabama Shakes channel that energy into ever-shifting, liquid performances that almost feel like roots psychedelia, typified by 'Future People' skipping off its tight Memphis groove with spooky harmonies and thudding fuzz. Such unaffected weird flourishes are evidence that Alabama Shakes are creatures of their time and place -- they play Southern soul-rock in an era where the past is indistinguishable from the present, and how the band interlaces the old and the new on Sound & Color feels startlingly fresh.

The album debuted at number one on the Billboard 200 in the U.S., giving the band their first chart-topper; globally, the album hit the top ten in Australia, the Netherlands, Switzerland and the United Kingdom. Sound & Color was a critical success and received six Grammy nominations, including Album of the Year. It ultimately won 4 for Best Alternative Music Album, Best Engineered Album, Non-Classical, as well as Best Rock Performance and Best Rock Song for 'Don't Wanna Fight'. It spawned four singles; 'Don't Wanna Fight' was the most successful, peaking at number two on Billboard'sAdult Alternative Songs chart.

Alabama Shakes began recording their second album in late 2013. The group listened to anything and everything for influence, without regard for its public reception in the end.[5] They spent over a year in the studio, with no clear end-goal, as they had not written any new songs due to their exhaustive touring schedule.[5]Sound & Color is steeped in several different genres, touching on shoegaze to bands such as MC5.[6]

In promotion of Sound & Color, the group appeared on Saturday Night Live on February 28, 2015; they performed the singles 'Gimme All Your Love' and 'Don't Wanna Fight'.[7]

The title song, 'Sound & Color' was used in the final episode of the first season of 'Mr. Robot'.

In 2019, the song 'This Feeling' was used in the end scene of the final episode of the British TV show Fleabag.

Upon its release, Sound & Color received positive reviews. At the review aggregator Metacritic, the album currently holds a score of 80 based on 30 critics, indicating 'generally favorable reviews'.[10] Writing for Exclaim!, Andrea Warner called the record a 'deliberately weird record, but authentically weird; it's chaotic yet cohesive, full of sound, colour and unshakable vision.'[21] Barry Nicholson of NME compared it favorably to the band's first album, writing, 'whereas their debut was cast in sepia hues and downhome earthiness, its follow-up is a more kaleidoscopic affair.'[17]

All tracks written by Brittany Howard, with help from Blake Mills on 'Future People', 'Guess Who' and 'Gemini'[1]. 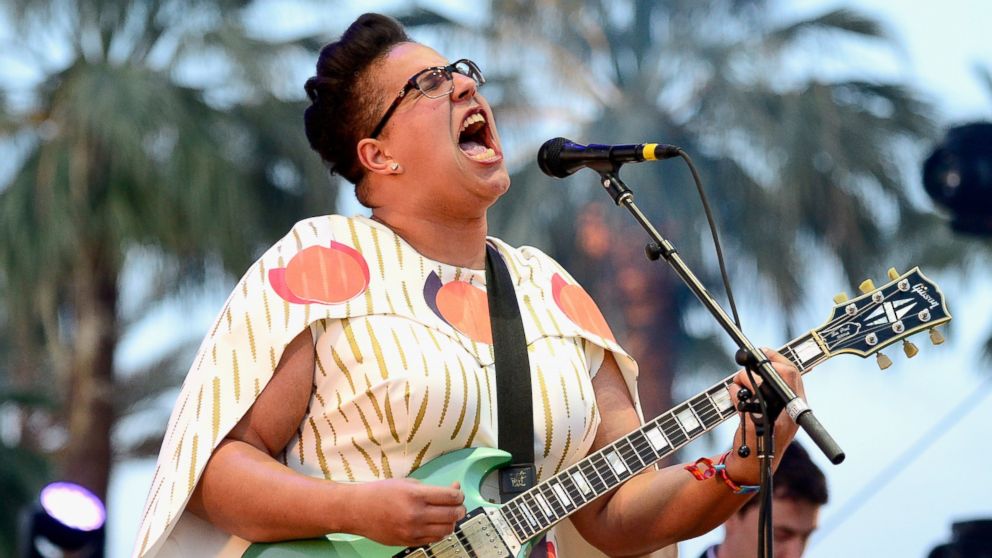