Were currently migrating data (including scrobbles) to our new site and to minimise data disruption, weve temporarily suspended some functionality.

1776 - Broadway Musical Comedy about the US Declaration of Independence(1972) 5:41 The Musical Box - The Lamb Lies Down On Broadway - The Lamb Lies Down On Video 2DVD Set. Its not video but I know Spotify has most of the musical parts steamable. If they do then I'm assuming iTunes and other streaming sites have the musical up as well. It might not be as good but can be just as funny and entertaining while still keeping most, if not all of the satire.

If this non-artist appears in your charts, do and yourself a favor.

We do not try to convince clients that mass produced units will suite their exclusive requirements, but rather invest in custom designs and new technologies in order to present the most realistic solution possible. 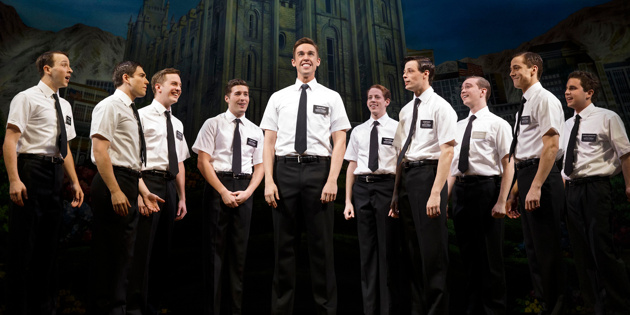 However, it is possible to create a custom look easily.

UK Very Cheap Backing Tracks, Such As Wicked, We Will Rock You, Hairspray, Chicago, Sister Act Many Many More!

Sometimes a standard case will suit your needs, which Arctica can produce.

Learn more about our technology Evolution after effects mac.

The easiest way is to use Picard.

This is not an artist, but appears here due to incorrectly tagged soundtracks.

Written by Michael Otterson
Reviews of “The Book of Mormon” musical have been all over the entertainment media in the past few weeks. According to the reviews, the play sketches the journey of two Mormon missionaries from their sheltered life in Salt Lake City to Uganda, where their training and life experience proves wholly inadequate to the realities of a continent plagued by poverty, AIDS, genital mutilation and other horrors. While extolling the musical for its originality, most reviewers also make reference to the play’s over-the-top blasphemous and offensive language.

Dealing with parody and satire is always a tricky thing for churches. We can easily appear thin-skinned or defensive, and churches sometimes are. A few members of The Church of Jesus Christ of Latter-day Saints who have seen this musical and blogged about it seem to have gone out of their way to show how they can take it. That’s their choice. There’s always room for different perspectives, and we can all decide what to do with our free time.

But I’m not buying what I’m reading in the reviews. Specifically, I’m not willing to spend $200 for a ticket to be sold the idea that religion moves along oblivious to real-world problems in a kind of blissful naiveté.

Somewhere I read that the show’s creators spent seven years writing and producing “The Book of Mormon” musical. As I reflected on all that time spent parodying this particular target, I also wondered what was really going on with Mormons in Africa during those same seven years.

Of course, parody isn’t reality, and it’s the very distortion that makes it appealing and often funny. The danger is not when people laugh but when they take it seriously – if they leave a theater believing that Mormons really do live in some kind of a surreal world of self-deception and illusion.

A couple of weeks ago a review about the musical appeared in the New York Times from a Jewish writer who simply listed himself as Levi. “As someone of Jewish faith,” he began, “I take personal offense at this show….I cannot believe that New York, MY New York, where I was born and raised, would ever do such a thing. Shame on you, New York Times, shame on Broadway, and shame on all of us who stand idly by and do nothing while the faith of others is mocked. Religious and cultural Jews need not support such bigotry.”

Levi’s point was echoed by some reviewers, but by surprisingly few. So why hasn’t there been a huge outcry from Mormons?

In my opinion, three reasons. The first is that in the great scheme of things, what Broadway does with “The Book of Mormon” musical is irrelevant to most of us. In the great sweep of history, parodies and TV dramas are blips on the radar screen that come and go. Popular culture will be whatever it will be. 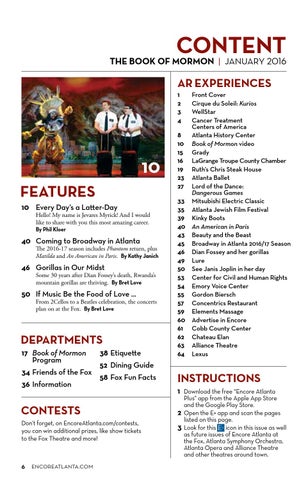 The second reason is related. Jesus’s apostle Paul put it rather well when he said that Christians seek out the positive and virtuous things in life. His New Testament phraseology was adapted in the early years of The Church of Jesus Christ of Latter-day Saints in this formal Article of Faith:

“We believe in being honest, true, chaste, benevolent, virtuous, and in doing good to all men…If there is anything virtuous, lovely, or of good report or praiseworthy, we seek after these things.”

Finally, if we Mormons really do follow Jesus Christ in our lives and look to him as an example, then it’s hard for us to ignore the injunction to turn the other cheek. There were times, to be sure, when Jesus roundly criticized others, but it was almost always for hardened hypocrisy. He dismissed the criticism he received personally and told his followers: “Do good to them who despitefully use you and persecute you.”

It takes strength of character to do this, but it’s the Christian mandate. Sure, The Church of Jesus Christ of Latter-day Saints pushes back when the record needs correcting or when legal rights need defending, but the world of popular entertainment is more likely to be met with a collective shrug than by placard-waving Mormon protesters.

Meanwhile, what of those thousands of remarkable and selfless Mormon missionaries who opted to pay their own expenses during the past seven years to serve in Africa while their peers were focused on careers or getting on with life? They have returned home bringing with them a connection with the African people that will last a lifetime. Many will keep up their Swahili language or their Igbo dialect. They will keep in their bedrooms the flags of the nations where they served. They will look up every time they hear Africa mentioned on the evening news. Their associations with the people whose lives they touched will become lifetime friendships. And in a hundred ways they will become unofficial ambassadors for the nations they served.