'Mic Drop' (stylized as 'MIC Drop') is a song recorded by South Korean boy group BTS for their fifth extended playLove Yourself: Her (2017). The song was first released by Big Hit as a B-track on September 18, 2017, in South Korea. The song was remixed by American DJ Steve Aoki featuring rapper Desiigner and was released to American contemporary hit radio as a single.[1] The remix by Aoki was released with a music video.

At a press conference, BTS member RM revealed that the song was inspired by former US president Barack Obama's mic drop at his last White House Correspondents' Dinner in 2016.[3]

BTS garnered attention in the US during 2017 after appearances and performances on music award shows and on the Billboard charts.[4] On September 17, 2017, it was announced that the group will release a single album on December 6 that includes the Japanese version of 'DNA' and 'MIC Drop' along with a new song titled 'Crystal Snow'.[5]

The album track 'Mic Drop' is a hip hop number. Billboard writer Tamar Herman described it as 'an energetic hype song about BTS' global popularity'.[6] The Steve Aoki-produced version introduces EDM synths and trap beats over the original melody, and English-speaking verses from the band. An alternate version of 'Mic Drop' features an opening verse from Desiigner featuring the rapper's 'fast-talking'.[7]

The remix version of the song is in the key of B♭ minor and the original is F# major. Both are 170 beats per minute.[8]

The music video director Woogie Kim stated in an interview: 'Listening to the song, the first thing that came to my mind was that I wanted to lock BTS in an interrogation room. Then I wanted to show the viewers how they managed to escape and free themselves with music.'[9] On November 16, 2017, they released a teaser for the song.[10] After the original release date of November 17 was pushed back due to their American schedule, the video was released on November 24.[11]

The clip opens with Steve Aoki DJ-ing as the group dances the song's choreography in various settings. Some of the imagery features burning cars and military references. As Desiigner doesn't appear on the clip, his part is replaced by the Korean version's original intro by J-Hope and Suga.[6]

The music video for the Japanese version of the song melds the remix visuals with the original beat. The set is almost identical to the remix music video, but subtle differences take shape when Aoki's looming figure is replaced with a silhouette with glowing red eyes.[12]

Some of the key personnel that worked on the music video were Cathy Kim who served as the producer, Andy Iere Kim the production supervision, Kwak Doori the directing team supervisor, Nam Hyunwoo the director of photography, Song Hyunsuk working the gaffer, Kim Sangseon the art director, and Yoh Donghoo the VFH director.[13]

For the Korean and US version, there is no physical album. For the Japanese single album, there are four versions available: Type A, Type B, Type C, and the regular version. All albums have 'MIC Drop', 'DNA', and 'Crystal Snow' as the track listing and first editions come with a photocard.[14]

The remix of 'MIC Drop' was the first song by a Korean group to reach number one on the US iTunes songs chart.[15][16] The single debuted at number 28 on the US Billboard Hot 100, becoming the group's first top 40 in the country.[17] On February 3, 2018, featured rapper Desiigner shared that 'MIC Drop (Remix)' had been certified gold in the United States. Billboard's Tamar Herman reported that this made BTS 'the first Korean group to have a song certified gold by the Recording Industry Association of America (RIAA).'[18] Upon release it ranked fourth in sales in the United States.[19]

When the song was released in Japan as a triple-A single alongside 'DNA' and 'Crystal Snow', it sold over 260,000 copies on its first day and topped the Oricon Daily Chart, thus making it the highest-selling single by a K-pop artist within a week.[20] It exceeded 300,000 points on the Oricon Weekly Single Chart within the next six days and topped the list with 365,096 points, making BTS the first non-Japanese artist to ever achieve this.[21][22] They were the first and only foreign artist in 2017 to sell over 500,000 copies[23] with a single album and receive Double Platinum certification on the Oricon chart.[24][25] BTS also became the only K-pop artist to rank in the top 25 chart of artists with the most sold singles, coming in at eleventh on the list. 'MIC Drop' is currently the third-best selling single overall for a K-pop group in Japan.[26]

'Mic Drop' is the 9th most watched K-pop video of 2017.[27] The show Silicon Valley featured the remix version of the song in their teaser for the upcoming season. Uzbeki figure skater Misha Ge performed to the song during the figure skating gala event at the 2018 Winter Olympics.[28]

BTS promoted the original version of the song on several Korean music programs, including Music Bank, Inkigayo, M Countdown, and Show Champion.[36] It was also perform on New Year's in 2018 at the MBC Gayo Daejejeon.[37]

BTS performed the remix version of the song on American talk shows The Ellen DeGeneres Show and Jimmy Kimmel Live!, aired on November 27 and November 30, 2017, respectively.;[38] and on the 2017 Mnet Asian Music Awards on December 1, 2017.[39] Additionally, BTS performed the single on Dick Clark's New Year's Rockin' Eve, which was pre-recorded.[40] 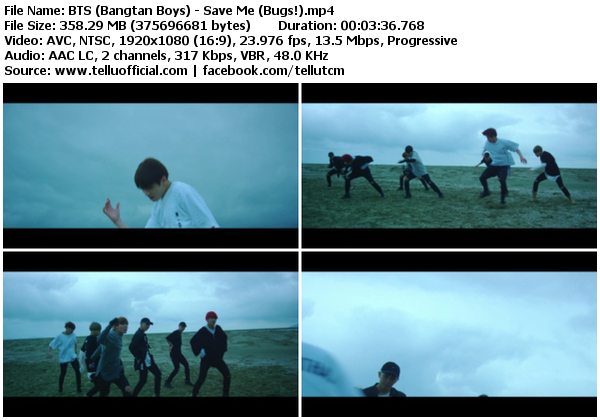