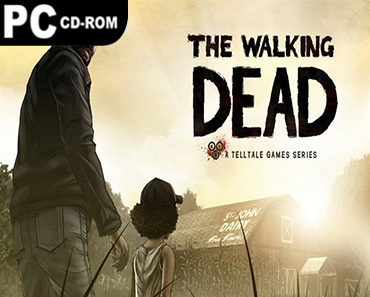 The monstrous draws us in and gives us permission to delve into cultural truths and taboos that set off our fears and fantasies. Remember “Twilight”? What better metaphor is there for the slight difference between scary and sexy than a hunky vampire who doesn’t know if he “can stop himself”? I get ghosts — we want to believe in a soul that survives death. Werewolves make sense, because we all wonder what our capacity for violence is.

What drew me to the other show wasn’t the walkers, or the inventive approaches to violence, or even Daryl Dixon’s biceps, but rather the visceral questions it raised: In this situation, what would I do? Where would I go?

It wasn’t until I watched the pioneering zombie flick George Romero’s “Night of the Living Dead” that I started to understand: Zombies are blank slates onto which we project all sorts of meaning.

“Fear” has used zombies most notably as a metaphor for addiction. Celia doesn’t view the walkers as dead, and she especially doesn’t consider them monsters: “Is that what we call these creatures who can’t control their nature, their hunger?”

Nick, clean since kicking heroin and whatever pills he could scrounge, feels most at home among the undead, painted with their blood. “I didn’t feel fear. I didn’t feel hate,” he tries to explain to an increasingly worried Madison. “I just knew I wasn’t going to die.”

Strand’s decision to not die with Thomas (which is never really explained) puts our group on the outs with Celia, the former maid, now matriarch of the Abigail compound. They now have until sundown to leave. Strand offers Madison the option to return to the boat — if it’s still there — but her family is falling apart at the seams.

“These people are not our friends,” Madison tells her children. “Get it through your heads. This place is dangerous. That woman is dangerous.”

We know that Celia has murdered innocents to protect the undead she keeps jailed on the compound. But what threat does she pose for our group?

The prosaic direction of “Shiva,” the show’s midseason finale, results in an absence of menace at the Abigail compound. Rather than presenting viewers with an unsettling contradiction between what the place looks like and what it actually is — a jail run by a delusional fascist — “Fear the Walking Dead” has settled for merely telling us that Madison and her family are in danger, rather than showing us.

If anything, the biggest menace the group faces is itself, as misunderstanding and resentments pile up and split everyone into different factions.

Last week Alicia witnessed Chris holding back from helping Madison while the group fought its way out of the horde of infected church parishioners. Chris tried to explain that what his stepsister had witnessed wasn’t cruelty, it was fear. He’d felt paralyzed, unable to move or help, but Alicia was unconvinced.

Sides were taken: Madison supported Alicia while Travis backed Chris. When Madison and Alicia find Chris in their room with a knife, it seems the divide between this family is growing too wide to be mended.

Following a trail of dead walkers, Travis discovers a distraught Chris holding a young child hostage. “Why can’t you let me go?” Chris pleads. While he has never done heroin or popped a pill (that we know of) his self-loathing and shame is recognizable to anyone with the slightest bit of experience with an addict. “I should have helped you,” Travis says, while Chris can only repeat, “Look at me — I’m no good!”

Daniel, consumed with guilt from his history as a child soldier in the El Salvadoran civil war, and haunted by the wife he left unburied, is plainly falling apart. His breakdown lands him tied up, with Celia as his would-be confessor. It’s he who sets the compound on fire, and his survival looks highly unlikely.

Ofelia continues to do nothing and serve no purpose in the story.

In the end, Strand, Madison, Ofelia and Alicia are in a truck headed back to the bay. Nick surfaces from a horde only long enough to tell his mother that he couldn’t find Travis — a lie. In fact, Travis chose to stay with Chris.

Before Madison locked an unnerved Celia in with the walkers, Celia told Nick: “This is not apocalypse, this is the beginning. The end of death itself.”

We’ll see about that.