The Mac has plenty of games, but it'll always get the short end of the stick compared to Windows. If you want to play the latest games on your Mac, you have no choice but to install Windows...or do you?

The Mac isn't the only computer whose users have wanted to run software designed for Windows. More than 20 years ago, a project was started to enable Windows software to work on POSIX-compliant operating systems like Linux. It's called The Wine Project, and the effort continues to this day. OS X is POSIX-compliant, too (it's Unix underneath all of Apple's gleam, after all), so Wine will run on the Mac too.

Wine is a recursive acronym that stands for Wine Is Not an Emulator. It's been around the Unix world for a very long time, and because OS X is a Unix-based operating system, it works on the Mac too.

As the name suggests, Wine isn't an emulator. The easiest way to think about it is as a compatibility layer that translates Windows Application Programming Interface (API) calls into something that the Mac can understand. So when a game says 'draw a square on the screen,' the Mac does what it's told.

You can use straight-up Wine if you're really technically minded. It isn't for the faint of heart, although there are instructions online and some kind souls have set up tutorials, which you can find using Google. Wine doesn't work with all games, so your best bet is for you to start searching for which games you'd like to play and whether anyone has instructions to get it working on the Mac using Wine.

CodeWeavers took some of the sting out of Wine by making its own Wine-derived app called CrossOver Mac. CrossOver Mac is basically Wine with specialized Mac support. Like Wine, it's a Windows compatibility layer for the Mac that enables some games to run.

CodeWeavers has modified the source code to Wine, made some improvements to configuration to make it easier, and provided support for their product, so you shouldn't be totally out in the cold if you have trouble getting things to run.

My experience with CrossOver — like Wine — is somewhat hit or miss. Its list of actual supported games is pretty small. Many other unsupported games do in fact work — the CrossOver community has many notes about what to do or how to get them to work, which are referenced by the installation program. Still, if you're more comfortable with an app that's supported by a company, CrossOver may be worth a try. What's more, a free trial is available for download, so you won't be on the hook to pay anything to give it a shot.

If you're an old-school gamer and have a hankering to play DOS-based PC games on your Mac, you may have good luck with Boxer. Boxer is a straight up emulator designed especially for the Mac, which makes it possible to run DOS games without having to do any configuring, installing extra software, or messing around in the Mac Terminal app.

With Boxer, you can just drag and drop CD-ROMs (or disk images) from the DOS games you'd like to play. It also wraps them into self-contained 'gameboxes' to make them easy to play in the future and gives you a clean interface to find the games you have installed.

Boxer is built using DOSBox, a DOS emulation project that gets a lot of use over at GOG.com, a commercial game download service that houses hundreds of older PC games that work with the Mac. So if you've ever downloaded a GOG.com game that works using DOSBox, you'll have a basic idea of what to expect.

In the end, programs like the ones listed above, aren't the most reliable way to get play Windows games on your Mac, but they do give you an option.

Of course, another option is to actually run Windows on your Mac, via BootCamp or a virtual machine, which takes a little know-how and a lot of memory space on your Mac's hard drive.

How do you play your Windows games on Mac?

Microsoft lets Windows 10 users stream Xbox One games to their PC, but it doesn’t support Mac. Now there’s a third-party solution that lets Apple fans get in on the action.

Here’s how to stream Xbox One games to your Mac using OneCast. 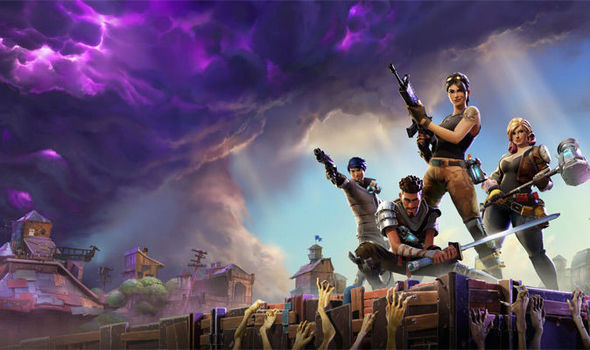 The Xbox One’s game streaming feature is one of the few awesome advantages it has over PlayStation 4. It lets users enjoy their favorite titles on a Windows 10 PC or tablet connected to the same local network. The feature also supports things like voice chat and game clip sharing.

It’s perfect for playing games in another room when the TV is already in use, but if you chose a Mac, you’re out of luck. You either have to install Windows 10 on a separate partition via Boot Camp, or use an app like Parallels to create a Windows 10 virtual machine.

OneCast is a new Mac app that lets you stream your Xbox One games directly to Mac. By using the same protocol Microsoft uses for Windows, it delivers super-sharp 1080p video in fullscreen or windowed mode, without the performance issues the above-mentioned workarounds often bring.

You can use your standard Xbox One controller connected via USB or Bluetooth, and with support for multiple profiles, you can link any number of Xbox One consoles or Xbox Live gamertags.

How to set up OneCast

Setting up OneCast is incredibly easy. Simply download the Mac app from the OneCast website and follow the installation process. Once the driver is installed, login using the same Microsoft account you use on your Xbox One.

OneCast is currently on sale at $11.99 — down from $24 — but you can enjoy it for 14 days before you have to pay a penny. This gives you a chance to trial the service on your home network before you commit to making a purchase. Once you’ve bought a license, that’s it; there is no monthly fee.