Graduation's pre-leak talk wasn't as substantive as it was with Kanye West's first two albums. As with just about any other artist's third album, it had to be expected. The College Dropout was one of the most anticipated debuts of the early 2000s, while Late Registration had people wondering why Kanye would feel the need to work so extensively with multi-instrumentalist rock producer Jon Brion (the J Dilla of the chamberlin) and whether or not Kanye's hubristic tendencies would get the better of it. With Graduation, there was Takashi Murakami's artwork, a silly first-week sales competition with the decreasingly relevant 50 Cent, and chatter about synthesizers running wild. That was about it, but it all seemed loud and prevalent, due in part to a lack of high-profile rap albums released in 2007. Graduation is neither as bold nor as scattered as The College Dropout, and it's neither as extroverted nor as sonically rich as Late Registration. Kanye still makes up for his shortcomings as an MC and lyricist by remaining charmingly clumsy, frequently dealing nonsense through suspect rhyme schemes: 'I never be picture-perfect Beyoncé/Be light as Al B. or black as Chauncey/Remember him from Blackstreet, he was black as the street was/I never be laid-back as this beat was.' The songs that are thematically distanced, introspective, and/or wary -- there are many of them -- are, in turn, made more palatable than insufferable. That his humor remains a constant is a crucial aspect of the album, especially considering that most other MCs would sound embittered and hostile if they were handling similar subjects, like haters new and old, being a braggart with a persistent underdog complex, getting wrapped up in spending and flaunting, and the many hassles of being a hedonist. Those who have admired Kanye as a sharp producer while detesting him as an inept MC might find the gleaming synth sprites, as heard most prominently throughout 'Flashing Lights' and 'Stronger,' to be one of the most glaring deal-breakers in hip-hop history. Though the synthesizer use marks a clear, conscious diversion from Kanye's past productions, highlights like 'I Wonder,' 'The Glory,' and 'Everything I Am' are deeply rooted in the Kanye of old, using nostalgia-inducing samples, elegant pianos and strings, and gospel choirs. So, no, he's not dreaming of fronting A Flock of Seagulls or joining Daft Punk. He's being his shrewd, occasionally foolish, and adventurous self.

The best word to describe Ye's third album would be 'aspirational.' What makes it so special is that here was an artist who was on top of his game and on top of the game, an artist who, by any measure, was peaking, yet he dreamed of more. It wasn't 'Look at me, I've got my money right.' It was, 'Wait till I get my money right.' The common person dreamed of being like Kanye, yet Kanye treated himself like a common person striving for perfection.

'Stronger' gave him another Billboard smash, 'Can't Tell Me Nothing' was a sorely needed street anthem, and the release-day showdown with 50 Cent was the promotional spotlight to highlight his achievement. Kanye's career is often described as inspirational, but Graduation's hugeness stand as a lesson in never settling at good—because it's simply not good enough. The album's sound was inspired by Kanye touring with stadium-rock acts like U2, which helped him realize that intricate lyrics don't translate well to crowds of ten thousand, so he adjusted his lyrical style and added synthesizers to the production fill up any empty space. 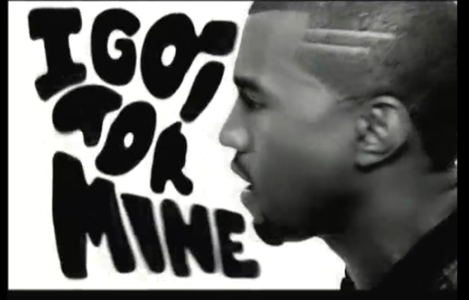 The album's effect is best exemplified on the album closer and ode to Jay Z, 'Big Brother.' But at that point Kanye wasn't Jay's underachieving underling anymore. He was his peer, accomplishing in three albums what it took Jay six to do. But placing Jay on a mantle made perfect sense for Kanye; he's always needed something to strive for. The day Graduation was released was the day Kanye had been waiting on his whole life: It was the day he became legendary. But it wasn't a victory lap, it was the dawn of a new day where Kanye would shine on a whole new level. 'Good Morning.' —Insanul Ahmed