'Bye Bye Bye' is a song by the American boy band, NSYNC. It was released on January 11, 2000 as the lead single from their third studio album No Strings Attached.[1] The song was written and produced by Kristian Lundin and Jake Schulze, with additional writing by Andreas Carlsson. Its lyrics describe the end of a romantic relationship; it was reported to also reference the group's separation from their manager Lou Pearlman and their record label RCA Records.

'Bye Bye Bye' was a commercial success, peaking at number 4 on the US BillboardHot 100 and within the top 10 in almost every country in which it charted. The song received a Grammy nomination in 2001 for Record of the Year, but lost to U2's 'Beautiful Day'.

'Bye Bye Bye' was written and produced by Kristian Lundin and Jake Schulze, as part of Cheiron Productions, with additional writing by Andreas Carlsson. Lundin stated that it was 'totally production driven' and 'created from the kick and the bass up'.[2] The song was originally intended to be recorded by English boy band 5ive, but they rejected the song as they didn't like it.[3] Prior to its official release in 2000, the song was played at the LIFEbeat AIDS benefit concert in New York on December 1, 1999.[4]

Lyrically, 'Bye Bye Bye' describes a man's desires to end a romantic relationship with a difficult significant other. During production of NSYNC's second album No Strings Attached (2000), the group sued their manager Lou Pearlman, who they alleged had been stealing their profits. This brought about allegations that the lyrics also addressed their separation from Pearlman and subsequent departure from RCA Records.[5]

'Bye Bye Bye' was met with generally favorable reviews from music critics. Stephen Thomas Erlewine of AllMusic described the song as a 'piledriving dance number with the catchiest chorus they've ever sang'.[6] Robert Christgau commented that it featured 'prefab rhythm at its most efficient.'[7] In 2015, Billboard's Jason Lipshutz ranked it third on the list 'Top 20 Essential Boy Band Songs,' describing the song as 'an absolute monster of a lead single.'[8] Also for Billboard, in 2018 the staff listed the single 12th on 'The 100 Greatest Boy Band Songs of All Time,' writing, 'It's already one of the most decisive breakup anthems in pop history, with an iconic dance move to match.[...] the stomping, quintessential Max Martin beat and echoing hook helped No Strings Attached go platinum in one day.'[9]Rolling Stone staff ranked it as the sixth-greatest boy band song of all time, writing, 'it remains their defining track, a four-minute blast of big hooks, tight harmonies and intriguingly meta subtext.'[10] However, other editor listed it as the 17th most annoying song of all time in 2007.[11] In 2013, Complex's Kathy Iandoli ranked it as the best boy band song ever.[12]

The song won 'Best Pop Video', 'Best Choreography in a Video', and 'Viewer's Choice' at the 2000 MTV Video Music Awards, the most awarded to a single video that year. It also won a Radio Music Radio award in 2000 for best song of the year. The song was nominated for 'Record of the Year' and 'Best Pop Performance by a Duo or Group with Vocal' at the 2001 Grammy Awards. Other awards included 3 Teen Choice Awards in 2000 (Choice Single, Choice Music Video, and Song of the Summer), MuchMusic Video Music Award (Favorite International Group for 'Bye Bye Bye') and Blockbuster Entertainment Award 2001 (category Favorite Single for 'Bye Bye Bye'). The song was voted the number 1 boy band/girl band song on U Choose 40 on C4 in New Zealand.

'Bye Bye Bye' debuted on the Billboard Hot 100 at #42, the week of January 29, 2000, reaching the Top 10 by the week of March 4. The song remained in the Top 10 through May 20, 2000, for 12 weeks. The single peaked at #4 in April 2000 for two consecutive weeks. On the Mainstream Top 40 chart the song reached number one on March 4, 2000 and stayed at the top of the chart for ten weeks, making it one of the songs with most weeks at number one on that chart.[13] The song was the most added pop single to radio of all time, being added to over 200 radio stations in the first week alone. The record was previously held by rivals the Backstreet Boys.[14] The song was a bigger hit internationally, reaching the top of the charts in Australia and New Zealand and number 3 in the United Kingdom. On the week of March 24, 2014, the song re-entered the New Zealand Singles Chart at number 14.[15]

The members of the group as manipulated puppets.

The video, directed by Wayne Isham and choreographed by Darrin Dewitt Henson, features NSYNC as puppets controlled by an evil puppetress (played by Kim Smith). She cuts Joey and Chris loose first, and they run over the top of a speeding train, then hide among the passengers to escape her. She cuts Justin loose next, and he outruns her trained dogs through a warehouse, eventually escaping into the pouring rain. Then Lance and JC are cut loose and fall into a red Dodge Viper RT/10. They speed away from her, while being chased by her silver BMW Z3. All of this is interspersed with shots of the band dancing in a blue box with a fixed camera, making them appear as though they are on different planes of gravity. The video edit of the song also adds a few cuts where Justin lands in the warehouse, and when Lance and JC start the car chase, and adds an additional final chorus.[16]

The video premiered on MTV's Making the Video and features the same actress as appears in 'It's Gonna Be Me'. It reached #1 on TRL for 25 straight days, second only to ('U Drive Me Crazy'), which made it to 26 straight days at #1.[17] The video placed at #60 on MuchMusic's 100 Best Videos. The video debuted on TRL January 24, 2000. In 2018, iHeartRadio's Nicole Mastrogiannis ranked Timberlake's appearance in the video as the top 'Iconic Music Moments From the 00s.'[18] The same year Billboard critics ranked it 21st among the 'greatest music videos of the 21st century.'[19] 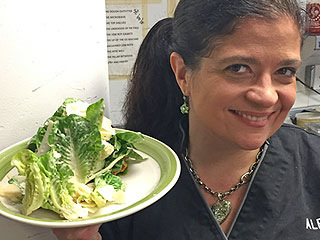 Nsync It' S Gonna Be Me