On his debut album, Ro James delivers a pleasant but only sporadically exciting R&B affair.

Ro James made a relatively big splash late last year with the single “Permission,” a smooth dedication to consensual sex that managed to be both steamy and responsible. “Come on, give me that green light/You can let your hair hang down, but only if it feels right,” he purred over a sample of Willie Hutch’s “Brother’s Gonna Work It Out.” It was a magnetic debut and a fresh, comforting spin on a slow jam.

The rest of James’ debut album, ELDORADO, rarely matches that high. The follow-up to James’ Coke, Jack, and Cadillacs trilogy of EPs, it is a pleasant but only sporadically exciting R&B affair, one that only hints at his soulfulness and youthful exuberance. The German-born, American-raised James has raw talent but is clearly still forming his identity, and working to streamline his songwriting; he’s occasionally but passively engaging, like a subway singer might break through the commuter haze with a quick burst of melody. In James’ case, when he breaks free of Miguel cosplay, he can be riveting. 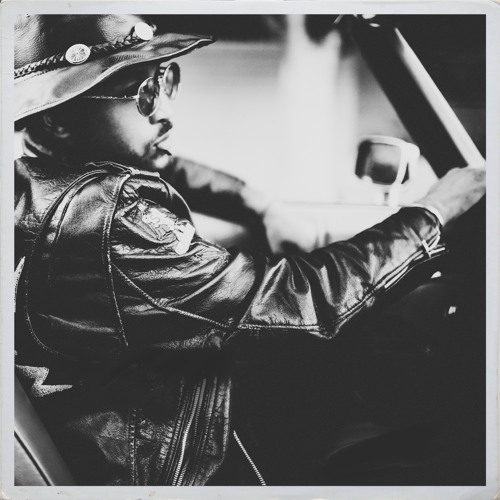 “A.D.I.D.A.S. (All Day I)” encapsulate much of the record; it’s serviceable but feels recycled, down to the lascivious acronym. The same could be said for the dizzying electro track “GA$,” which pulses along on reverberating synths and heavily processed falsetto yelps. It smacks more than a bit of Prince and the Weeknd, all its components familiar to the point of fatigue.

However, ELDORADO does have standout moments of lush, heartfelt R&B. The guitar-laden “Last Cigarette” is a gorgeous song about leaving one relationship in search of the right one, in the hope that the next love might be the one that lasts. “Looked her in the eyes, say goodbye/This is my goodbye/I walked through the door to explore/‘Cause I wanted more reasons to be loved” is a heart-wrenching moment of vulnerability. In the interlude for “Bad Timing” James harmonizes sleepily, “A nigga got a baby already, and I'm barely making it/I ain't faking it/Girl, I ain't ready.” It’s a rare, welcome show of complicated feelings on an R&B record caught up mostly in ideals of love and sex. ELDORADO needed more of this open emoting.

Considering R&B’s current state of eating its own tail, largely favoring artists who attempt to tap into nostalgia instead of innovate, any injection of fresh style is welcome. James has the potential to be that artist in the future. More than anything, ELDORADO is reminiscent of Frank Ocean’s TheLonny Breaux Collection: a hit-or-miss early set of songs that showed a faint blueprint of who the artist would eventually become. To his credit, ELDORADO has its moments, but James still needs to dig deeper.