The best 5 Windows apps for Businessmen - techivy.com 10 Killer Windows Business Apps for Real Productivity! - ITWorld.com Great business apps that your business will benefit from. - Microsoft (Business Community) Go paperless or die trying! 15 tablets apps for ditching dead trees. - COMPUTERWORLD (IDG) Generate invoices for your clients using Windows RT or 8 Pros tablet interface with the freeware app Invoice360. - techrepublic.com 8 Best Windows 8 Business Apps to Increase Productivity! - the techBay 40 Killer Windows Store Apps for Microsoft Partners - Redmond Channel Partner 10 Laptop Apps That Improve Productivity - resourcenation.com Top 10 Business Apps For Maximizing Productivity On Your Surface Pro! - everythingsurface.org Best 5 Business Apps from Windows 8 for Profitability - iwebsoftsolution.com Essential Windows 8 Apps for Business! - anywhereworking.org 7 Great Windows Store Apps for Business Use. - windows8enterprise.com Invoice 360 is an e-invoice software and app designed for people on the go. It is elegantly simple and easy to use while allowing you to create stunningly beautiful invoices quickly. Invoice 360 is a holistic end-to-end app that allows you to create company, customers, inventory items and invoices; to amend the invoices; to print to printers or PDF the invoices; to do invoice payments or to email a softcopy of the invoices to your customers. With a 360° view of your business information at your finger-tips, you can stay on top of things when dealing with your customers. Elegantly Simple We use the elegantly simple 'Cards-and-Paper' metaphor to design our user interface. The 'Cards' is on the left-hand side of the app to reference a list of customers, inventory items and pricing. You can reference the 'Cards' to add inventory items onto the 'Paper' (which is the invoice) on the right. This is a metaphor that most of us, who need to issue invoices, can understand, visualize and associate with. We gleaned this metaphor from previous experiences where we successfully helped fast-growing companies transform their on the go manual 'Cards-and-Paper' invoice issuance to that of a fully automated one using our software. With this elegantly simple user interface, we hope to enable you create any invoice within 10 seconds. Professional invoice templates to choose from or customize! You can choose an invoice template that comes with Invoice 360 without the need to create one from scratch. This allows you to focus on what's important for your business, and not be bogged down by invoice design. You can also customize an existing invoice template to incorporate your existing business logo and layout using the Desktop Invoice 360 Template Designer. This designer has a WYSIWYG (What-you-see-is-what-you-get) user interface that is intuitive to use for anyone. PDF (Portable Document Format) Invoices For accounting purposes, many customers require an electronic copy of the invoice. The PDF format, being the most ubiquitous and flexible format, is selected as the document electronic format. We have chosen to build an in-app PDF engine that enables you to load new invoice templates and generate PDF invoices without additional third-party PDF printer drivers or plugins. Our Philosophy Have you thought about how many times you use or reuse your invoice app? Everyday, day after day, invoice after invoice and customer after customer. We definitely have. That is why we build this invoice app to be simple, elegant and in a way that is easy to use while on the go. We have also tested our app with different scenarios vigorously, so that you know you can be assured of its quality, robustness and reliability. We provide comprehensive documentations on the app so that you do not need to guess or figure out how we have designed and implemented it. Our app is designed in black and white color. We believe this is how a professional invoice app should be - simple and elegant. We focus our design on function, not on fashion. Whether you are a business owner, manager, accountant, or business executive from a Fortune 500 company, or a free-lancer, a consultant or an entrepreneur joining the business world, we hope that you will find this invoice app useful as we have put together our best experience, invest our best effort and time to develop this invoice app. If you are updating from an existing version, we strongly recommend you take a backup of your database. Important Notes When you are ready to use Invoice 360 for your company, please use the Settings -> Reset function to remove the demo data. With the demo data removed, you can easily change the Company Name and Invoice Number.

360 Internet Security 2013 is anti-virus and anti-malware protection software for Windows PCs. The installer is a light 17MB, and though the overall installation time and duration was relatively fast, it's update process took longer than we had expected. Prior to installation, 360 will automatically prompt you to agree to their license and usage terms, something that's normally an opt-out process. And though it's more or less required to move on, those who are more keen on privacy details or interested in the terms of agreement should keep this in mind before they install the software. Still, the opt-out option might appear a bit suspicious, especially for users who are simply trying out the software. 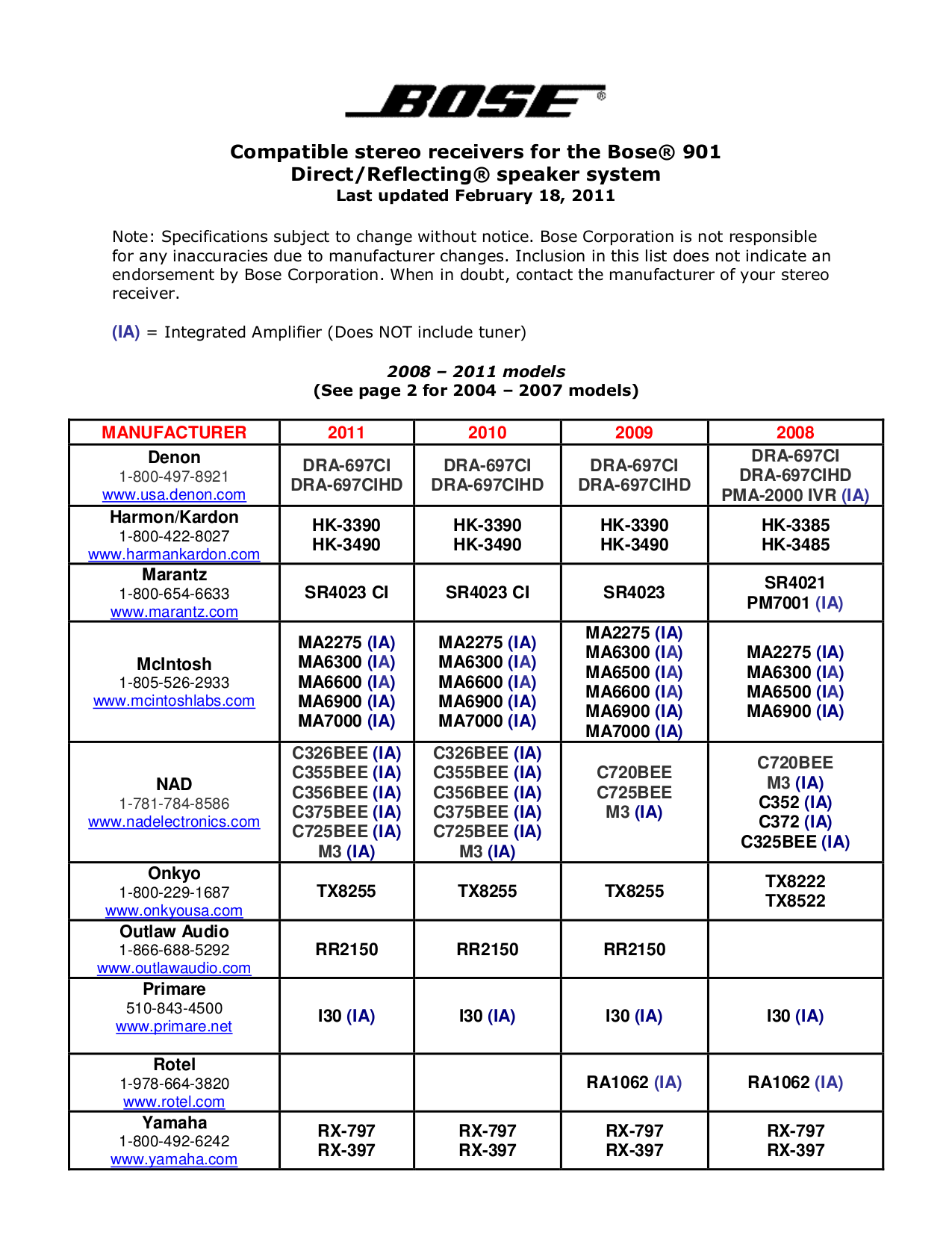 The setup process will then notify you of any potentially conflicting AV programs you have already installed and give you the option of uninstalling them. Again, layering multiple AV programs is generally bad practice, but if used in a corporate environment with preinstalled security software, you might have to take into consideration that 360 IS may not function properly with any neighboring security suites.

360 also gives you the option of installing a Chrome extension, but in an unconventional accepting or cancelling call to action. For the purpose of this review, we chose to opt out of the toolbar and focus on the core 360 IS experience.

Modern AV programs have been following suit after Windows 8's design makeover by incorporating bright, flat UI elements into their programs. 360 is no exception: the interface, menus, and buttons are all bright, clean, and simulates Windows 8's switch-toggle option items.

The upper-right area sports the standard closing and minimizing buttons, as well as a drop-down menu that lives alongside them. In the second row, a giant check mark and a small arrow tab in the center both reveal a pull-down menu with added filtering options, as well as some stats on the number of blocked items. On the plus side, these menu options did seem a bit odd at first, but at least they weren't invasive.

Overall, 360 IS's general interface remained easy to use but also lacks a bit of direction in some areas. There is a decent number of useful tools under the hood, but not a whole lot of obvious signs of the existence of these monitoring features, at least at first glance. It's both good and bad in that for the casual user, the malware scanner is front and center while most other complex tools, options, and features stay out of the way. And though it does reduce the prospect of overwhelming any users with ambiguous tools, those who are more into in-depth monitoring will have to do a bit of minor digging; but overall, things aren't too hard to find despite the minimal guidance.

Hawn the list free PDF may not make exciting reading, but bryan hawn the list free is packed with valuable instructions, information and warnings. We also have many ebooks and user guide is also. Find the latest 3D design, engineering, and animation software. Learn about new product features and download free trials of Autodesk software, including AutoCAD.

360 Internet Security does come with a couple of competitive features for not just local and Web-based protection, but also a couple of privacy protection measures like anti-keylogging and unauthorized Webcam hijacking, which isn't common among other security suites. There are some recognizable attributes that allude to some Bitdefender throwback in 360's features, like real-time file protection; and I wouldn't be surprised if some of the real-time scans from the cloud are borrowed from Bitdefender's definitions.

Another interesting tidbit is a built-in monitoring tool that displays a daily performance score of 360 Internet Security's malware and virus detection engines. Though it's more an assessment of assurance rather than a functional tool, 360 Internet Security at least maintains itself as a formidable cloud security service.

Interestingly enough, because 360 IS is built with the Bitdefender SDK, our benchmark scores proved to be relatively similar to when we reviewed Bitdefender: iTunes track encoding took exactly 123 seconds. 360 IS completed the heavy processing load in 349 seconds in our media multitasking benchmark, only five seconds more than Bitdefender AV Free 2013.

360 IS does deserve some credit for presenting harmful results in ways that try not to scare users. Once a potential threat is detected, 360 IS will display some basic info. to identify the malicious file, a brief description of how the malware behaves, where it's located in the system, and whether the malware was detected via the cloud engine or from a local scanner. Though your mileage may vary, a 'full scan' at highest speed took about 33 minutes to complete on our test machine. 360 IS will produce a text log after every complete scan with a list of results, similar to other scanners like Malwarebytes.

360 IS performed well as a very capable scanner with a crisp and mostly intuitive interface, and thankfully lacked the many scareware tactics found in other smaller, alternative lightweight virus scanners. Overall, 360 IS's scanner had minimal impact on system performance, and still ranked relatively high on third-party charts. If you're in the market for an antivirus program, then 360 Internet Security's well-rounded protection and friendly useability will make a promising addition to your Windows system.