Yu-Gi-Oh! 5D’s Tag Force 6 is a Strategy game, developed and published by Konami, which was released in Japan in 2011. 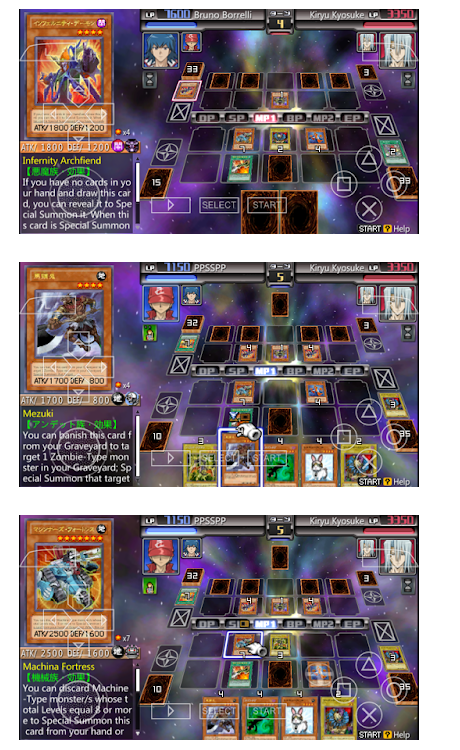 Easily going over 5000 cards and countless new strategies, the game tests players strength and ability to adapt to the new changes in dueling. Much like the previous installments, tag force 6 introduces you to the world of the Yugioh 5ds universe with an original storyline that also closely follows the anime with its own twist. With three new and anticipated decks (at the time of release) ready for use, the player must duel their way to the top and save the world from a new evil.

The game is very much the same with the previous installments. Many new cards have been added such as the xyz monsters that have their own way of summoning and changing the outcome of the duels. You play with the basic set of Monster, Spell, and Trap cards. The idea is the bring your opponents life points to zero to win, but there are other ways to achieve victory. We’ll leave that to the more experienced players.

As a beginner, it is highly recommended that you make contact with many characters in game and explore the map to obtain new cards to update your decks. Once you have the basic idea of what you’re doing, the game really starts to pick up. Your goal in game is to max out the relationship with characters to complete their storylines and to obtain character only cards from there.